Vim is a prototype tangible narrative about energy futures. It is designed to illustrate how a story about a public issue could be designed for physical interaction and to learn whether that interaction can encourage participation in that issue.

The design consists of a wooden box featuring a solar panel and dials. It produces a story feed based on the reader’s preferences, along with a question for them to answer. Story feeds are designed as news briefs and include items from the past, present and future.

The design was informed by the practices and aspirations of professional journalists. Prior to developing the prototype, seven people were interviewed about their storytelling processes. They were also invited to speculate on how physical computing might change the way they told stories.

Interviews focused on the process of storytelling; how journalistic values impact story judgement; and how technology impacts storytelling practices.

After the interviews, each person was sent an exercise focused on how they might reimagine telling a news story through objects or ambient technologies. The exercise was contained in a slim A5, blank-page notebook into which was glued instructions and 14 questions, each on a separate page with space for responses.

The questions prompted participants to think of a story, identify the people and objects involved, and then consider how they might tell that story by moving it to a different location and using physical computing technologies such as RFID tags, sensors and lights, among other things. Of the seven, four completed and retuned the design workbooks.

Insights from the interviews revealed several themes that influenced the design of Vim’s stories and interactions, in particular time, factual narrative and social impact.  Some insights were incorporated into the design, others are challenged by the design with the aim of reframing dominant energy narratives. For instance, we extended the narrative timeline, writing stories set in the distant past (850CE when windmills were used to grind grain) through to a distant but not remote future (2085 when black hole technology is used to trap thermal energy from bush fires).

Vim is a work in progress. So far we have published a paper on the design process and developed a design card deck. 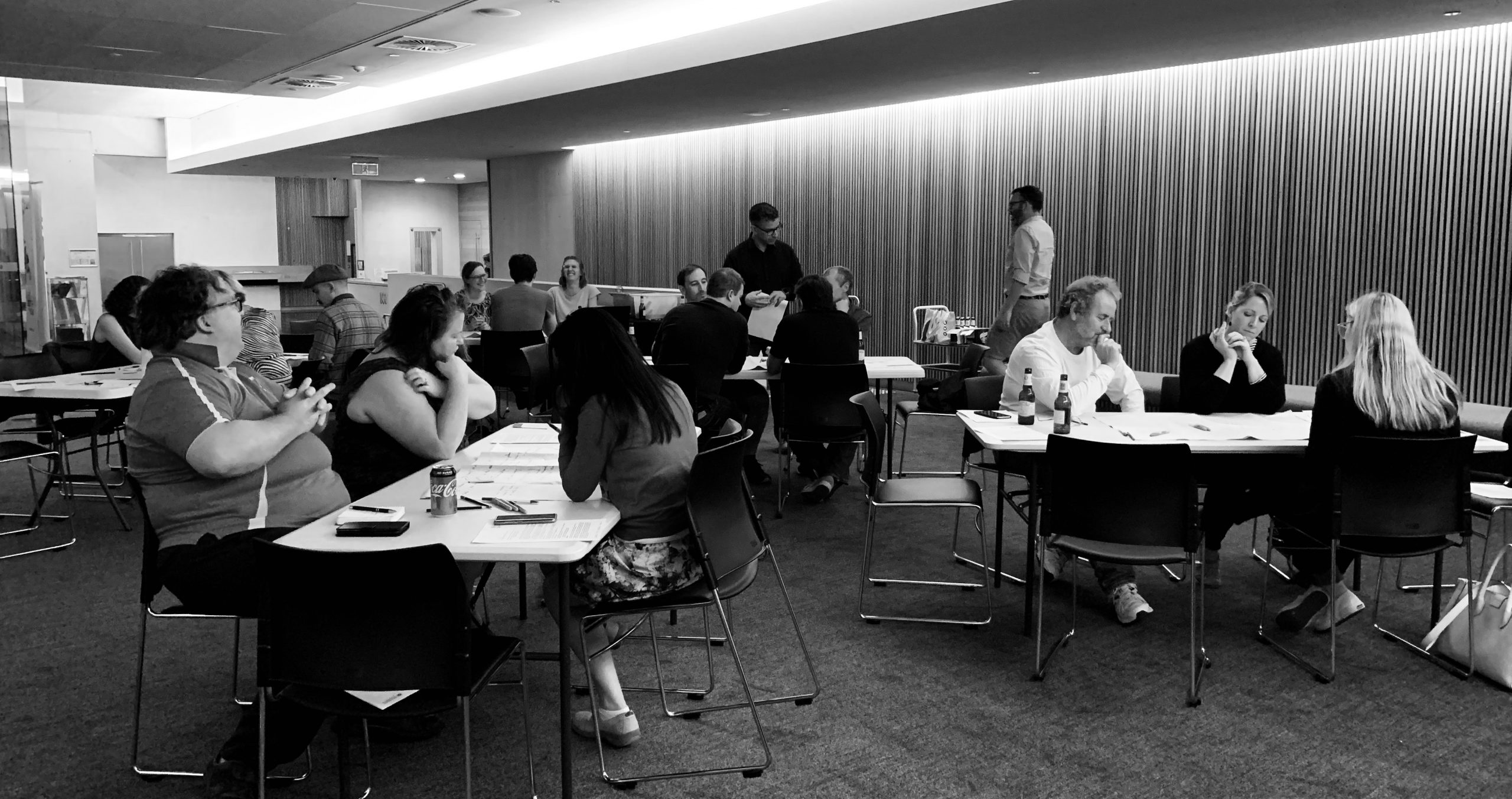